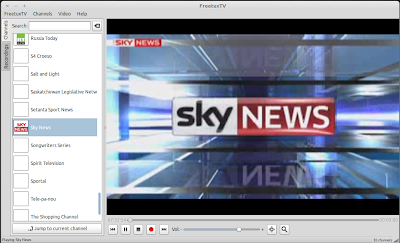 FreeTuxTV web TV player version 0.5.2 has been released that brings a new icon, splash screen and panel indicator.
Those who don’t know about FreeTuxTV:
FreetuxTV is a Web TV player for Linux that lets you watch and record free Web TV Channels and listen to Radio. The application that runs on VLC as backend comes with lots of pre-added channels for many languages.
We reviewed FreeTuxTV few months back that you can read from here. Other changes include updated channel list, proxy support and interface improvements.